ICYMI (In Case You Missed It), the following work was presented at the 2014 Annual Meeting of the American Political Science Association (APSA).  The presentation, titled “The Attitudinal Structure and Political Consequences of Group Empathy,” was a part of panel “32-8. Race and Political Psychology” on Thursday August 28th, 2014. 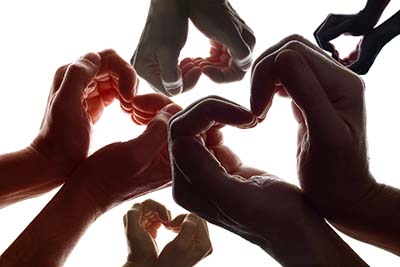 Group empathy is the ability to see through the eyes of another, to take their perspective and experience their emotions. The ability to experience empathy is adaptive in families and friendships. But how can we best measure empathy? And how do life experiences condition one’s ability to feel empathy?

Center for Political Studies (CPS) Research Professor and Professor of Political Science Nicholas Valentino, along with Cigdem Sirin-Villalobos and Jose Villalobos, both of the University of Texas, El Paso, seek to answer these questions. To do so, they conducted a survey with Knowledge Networks.  The survey included 1,799 participants, of which 633 were White, 614 Black, and 552 Latino/a.

The authors contend that empathy is not just the ability to take another’s perspective, but the motivation to do so. To this end, they asked 14 questions to create a “Group Empathy Index” (GEI). Examples of the items included statements such as “The misfortunes of other racial or ethnic groups do not usually disturb me a great deal” and “I am often quite touched by things that I see happen to people due to their race or ethnicity.” They also asked about empathy toward specific groups. Analysis showed the new scale to be both reliable and valid.

In addition to better measuring empathy, the authors wanted to understand the role of related personal traits. They found that race, gender, and education condition empathy. In particular, being a minority or a woman, and having more education, are related to higher empathy. Further, personally experiencing unfair treatment by law enforcement also related to higher empathy. Minorities reported more unjust treatment by law enforcement, which might underlie the different levels of empathy by race.

The survey also included questions to gauge political implications of empathy. The study found that those who display higher empathy showed greater support for immigration, valued civil liberties more than societal security, and were more likely to volunteer and attend rallies. The authors concluded that, “Such variations in empathy felt toward social groups other than one’s own may thus have powerful political consequences.”