Interactions between government, publics, and media – the work of Stuart Soroka

This post is a special edition of our researcher profile series. We’re very pleased to welcome Stuart Soroka to the Center for Political Studies (CPS)! 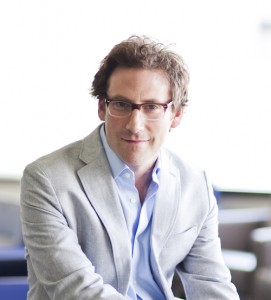 Stuart Soroka’s work has always involved the interactions between mass media, the public, and government. His early work looked at agenda-setting — the power of media content to influence what people think about, simply by presenting stories on certain topics. Instead of focusing on news content, however, Soroka looked at the potential for politically-relevant agenda-setting in feature films. When issues appear in movies, do the public and politicians then become more interested in them? (As an example, think about the release of Jurassic Park as potentially spurring interest and investment in paleontology.) His work in this area led to an interest in agenda-setting more broadly, and a doctoral dissertation on issue attentiveness from his time at the University of British Columbia.

Since then Soroka’s work has focused on a new set of issues related to interactions between government, publics, and media. One stream of research asks: when do politicians agree and act in accordance with public opinion, and how do political institutions and media systems moderate this relationship? Another body of work is focused on the sources of public support for redistributive policy, with a particular interest on the potential tensions between redistribution and ethnic diversity. And most recently, his efforts have examined the sources and consequences of negativity biases in political communication and political behavior.

With this research agenda, Soroka has published four books and more than 50 journal articles and book chapters. He was Assistant Professor, then Associate Professor, and then full Professor of Political Science at McGill University. He recently joined the Center for Political Studies (CPS), department of Communication Studies, and department of Political Science at the University of Michigan. At Michigan, he plans to further extend his work on political representation, negativity biases, and the impact of emotion in both news and entertainment media.