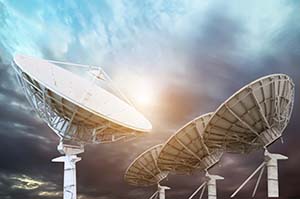 Specifically, the paper asks: does exposure to public versus commercial news influence citizens’ knowledge of current affairs? The researchers were particularly interested in whether public news had a different relationship with knowledge than for-profit news. To answer this question, they conducted a cross-national survey in six countries: Canada, Italy, Japan, Korea, Norway, and the United Kingdom. The survey gauged citizens’ news consumption with viewing frequency questions and political knowledge with factual items.

Overall, exposure to public broadcasting correlates more strongly with political knowledge than does exposure to commercial broadcasting. As the graph below shows, however, this varies by country. Indeed, watching public broadcast news in Italy even has a negative correlation with knowledge. In the UK, the general trend is even more pronounced, with private TV having a negative relationship with knowledge. Country-level data suggest that differences come down to the independence of public broadcasters, the amount of public (versus commercial) financing, and audience share. 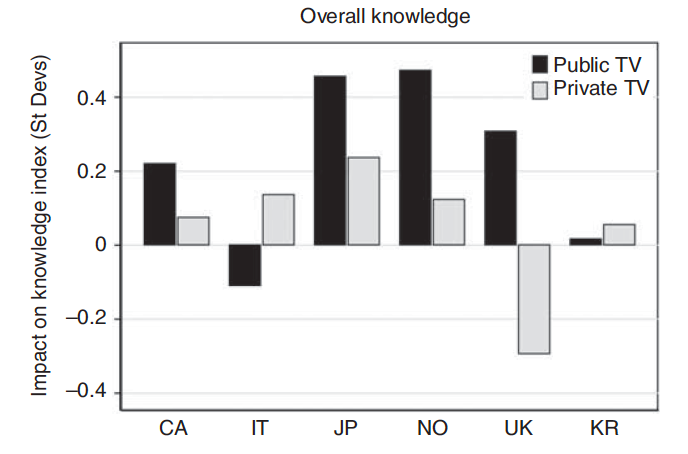 The authors ultimately conclude that, “Public broadcasting has an important role in supporting full citizenship.” That said, “the more Public Service Broadcasters (PSBs) come to resemble their commercial counterparts in terms of dependence on advertising revenue, the less distinguishable their effect on citizens becomes.”