Significant moments throughout the history of ANES

Post developed by Katie Brown in coordination with Darrell Donakowski.

This is the last in a series of posts celebrating the 65th anniversary of the American National Election Studies (ANES). The posts have sought to highlight some of the many ways in which the ANES has benefited scholarship, the public, and the advancement of science.

As part of the 65th anniversary of the American National Election Studies (ANES), the ANES team created an interactive timeline. The timeline charts the history of the project with annotated notable dates and historic photographs. Here, we highlight three of the many entries.

The timeline begins with the inception of ANES. In 1948, social psychologists Angus Campbell and Robert Kahn and the University of Michigan’s Survey Research Center (SRC) surveyed the national electorate. The 1948 survey served as a pilot study for, and many consider to be the first implementation of, the ANES.

The 1964 wave of the study pioneered the feeling thermometer. This unique question format asks respondents to gauge their feelings on a scale from “cold” to “warm”. Feeling thermometers have since been included in all ANES waves, with their use spreading globally and to all academic fields

The independent Comparative Study of Electoral Systems (CSES) project coordinates the inclusion of common sets of questions in post-election surveys around the world.  ANES first incorporated CSES questions in its 1996 wave, moving from national barometer to global participant in the process.

Please consider further exploring the interactive timeline to be reminded of some of the many significant moments throughout the history of this important scientific resource.  And if you have ideas for additions to the ANES timeline, the study team would welcome your suggestions by email to: anes@electionstudies.org

The American Voter – A Seminal Text in Political Science 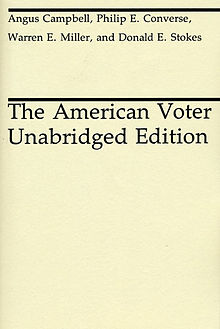 Growing up in Palestine during a period of political tension, Khalil Shikaki became fascinated with politics. After completing a BA in Political Science at the American University of Beirut, Shikaki pursued these questions with a PhD in Political Science from Columbia University. Two core questions drive his research: What direction is Palestinian society taking? How do Palestinians view the relationship with Israel?

After finishing in 1985, he began teaching at An-Najah National University in the Northern part of the West Bank. Shikaki designed and taught his first course (the same course he is teaching here this semester): Palestinian Politics & Society. At that time, he realized there were no data to support and test theories. Even politicians relied on word of mouth to gauge public opinion.

So Shikaki set out to collect this data with Palestine’s first survey. But he faced a major roadblock. At the time, Palestine was under Israel occupation, and the Israeli military forbid the proposed survey. After the Madrid Peace Conference in 1991, things started to calm, which created an opening for data collection. In 1992, Shikaki started training survey administers and opened the Palestinian Center for Policy and Survey Research (PCPSR) in Nablus (PCPSR moved to Ramallah in 2000). And the first survey ran in 1993. Results of the survey, which explored public attitudes toward the Oslo agreement, were published in the same day the agreement was officially signed in Washington DC.

If the first challenge to data collection was Israeli occupation, the second was building trust with Palestinians. In particular, Shikaki and his team had to convince citizens that they could trust the interviewers enough to speak their mind. The initial response rate to a pilot study came in at just 50%. The team underwent additional training over the course of a year to project and inspire confidence and did not enter the field officially until this dropped to 10%. Once out in the field they found the opposite of their initial fear: if anything, people wanted to talk too much.

The surveys rolled out in both the West Bank and Gaza. When Hamas took over Gaza in 2007, the researchers faced some new issues as Hamas now wanted to control the data. But the survey continued. And while some field workers have faced arrest, they are usually released the same day.

Data collection also becomes difficult when battles rage with Israel. This past summer, the survey stopped in areas under bomb and rocket attack. But the day before the ceasefire, interviewers tackled the embattled regions. Aside from timing, the researchers also had to adjust for areas now decimated by war, citizens displaced. This allowed for timely and valuable data on opinions about how the latest fighting impacted Palestinian views.

With more than 20 years experience investigating his driving questions — What direction is Palestinian society taking? How do Palestinians feel about the relationship with Israel? – Shikaki sees a few trends. Over the first ten years, the Palestinian public was moving in a politically moderate direction with greater support for diplomacy and compromise with Israel. The most recent decade, though, has witnessed greater support for Islamists and violence with Israel. The fate embodied in these questions are linked. Shikaki remains hopeful, as a change in either would enact change in the other.

We are extremely pleased to have Khalil Shikaki in residence at the Center for Political Studies (CPS). During his time at CPS, he has also been continuing his collaborations with the Arab Barometer, the Aggression Research Program, and Scott Atran. 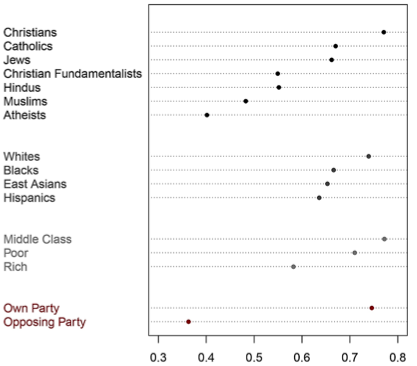 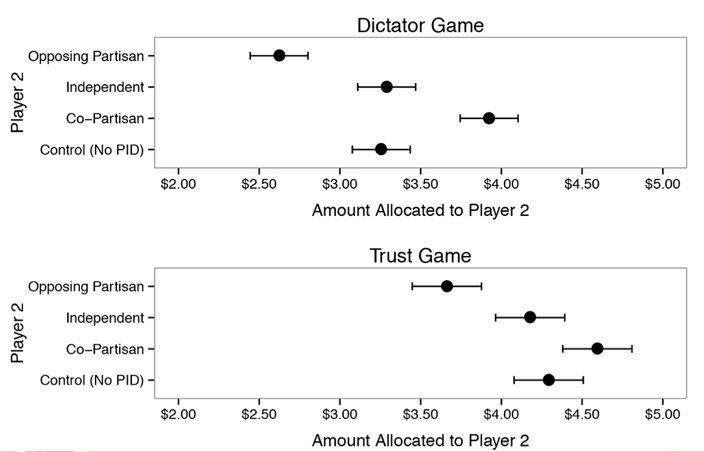