Most Popular CPS Blog Posts in 2018

Since its establishment in 2013, a total of 146 posts have appeared on the Center for Political Studies (CPS) Blog. As we approach the new year, we look back at 2018’s most-viewed recent posts. Listed below are the recent posts that you found most interesting on the blog this year. 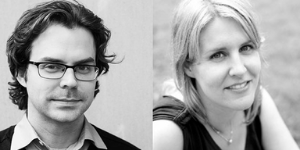 Crime in Sweden: What the Data Tell Us

By Christopher Fariss and Kristine Eck (2017)

Debate persists inside and outside of Sweden regarding the relationship between immigrants and crime in Sweden. But what can the data actually tell us? Shouldn’t it be able to identify the pattern between the number of crimes committed in Sweden and the proportion of those crimes committed by immigrants? The answer is complicated by the manner in which the information about crime is collected and catalogued. This is not just an issue for Sweden but any country interested in providing security to its citizens. Ultimately though, there is no information that supports the claim that Sweden is experiencing an “epidemic.” 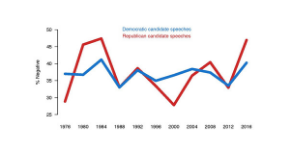 The 2016 election campaign seems to many to have been one of the most negative campaigns in recent history. The authors explore negativity in the campaign – focused on debate transcripts and Facebook-distributed news content – and share their observations. 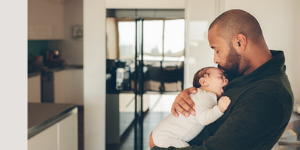 In almost half of two-parent households in the United States, both parents work full-time. Yet when a baby is born, it is still new moms who take the most time off work. On average, new mothers take 11 weeks off work while new dads take just one week, according to a 2016 survey carried out by the Pew Research Center. In part, that is because many new fathers in the U.S. don’t have access to paid paternity leave. Paid maternity leave is rare, too: in fact, the U.S. is the only developed nation that does not provide a national paid family leave program to new parents. 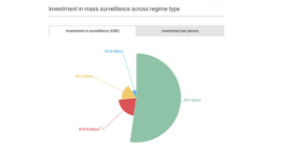 By closely investigating all known cases of state-backed cross-sector surveillance collaborations, the authors’ findings demonstrate that the deployment of mass surveillance systems by states has been globally increasing throughout the last twenty years. More importantly, from 2006-2010 to present, states have uniformly doubled their surveillance investments compared with the previous decade. 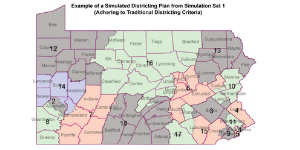 Redrawing the Map: How Jowei Chen is Measuring Partisan Gerrymandering

“Gerrymandering”— when legislative maps are drawn to the advantage of one party over the other during redistricting—received its name in 1812, when Massachusetts Governor Elbridge Gerry signed off on a misshapen district that was said to resemble a salamander, which a newspaper dubbed a “gerrymander.”

But although the idea of gerrymandering has been around for a while, proving that a state’s legislature has deliberately skewed district lines to benefit one political party remains challenging. 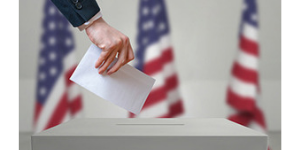 Since 1948, the ANES- a collaborative project between the University of Michigan and Stanford University- has conducted benchmark election surveys on voting, public opinion, and political participation. To learn more about the study, we asked Ted Brader (University of Michigan professor of political science and one of the project’s principal investigators) a few questions about the anticipated release. 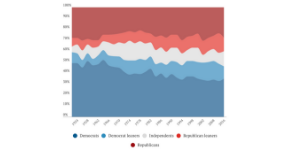 The American National Election Studies (ANES) has surveyed American citizens before and after every presidential election since 1948.  The survey provides the public with a rigorous, non-partisan scientific basis for studying change over time in American politics.

The interactive graphs in this post illustrate the changing American electorate and some of the factors that may motivate voters’ choices at the ballot box. 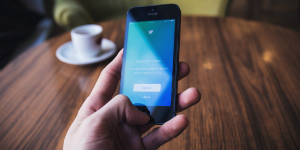 Using Twitter to Observe Election Incidents in the United States

Election forensics is the field devoted to using statistical methods to determine whether the results of an election accurately reflect the intentions of the electors. Problems in elections that are not due to fraud may stem from legal or administrative decisions. Some examples of concerns that may distort turnout or vote choice data are long wait times, crowded polling place conditions, bad ballot design and location of polling stations relative to population. 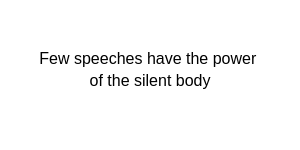 Inequality is Always in the Room: Language and Power in Deliberative Democracy

In a paper presented at the 2017 APSA meeting, Arthur Lupia, University of Michigan, and Anne Norton, University of Pennsylvania, explore the effectiveness of deliberative democracy by examining the  foundational communicative acts that take place during deliberation. 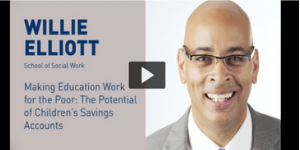