Studying the Relationship between Islamic States and International Law

Post developed by Yioryos Nardis in coordination with Barbara Koremenos. 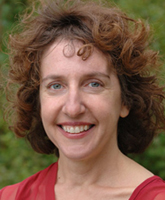 Barbara Koremenos,  Center for Political Studies faculty member and Professor of Political Science at the University of Michigan has recently begun a Visiting Research Fellowship at the Kroc Institute for International Peace Studies at the University of Notre Dame. The Kroc Institute is devoted to the study of the causes of violent conflict and strategies for sustainable peace. She was awarded the Fellowship to spend the 2015-2016 year studying the relationship between Islamic states and international law, and to examine how this affects Islamic states’ participation in international agreements and ultimately the peaceful resolution of differences.

Koremenos was inspired by looking at a random sample of international agreements in the issue areas of economics, environment, human rights, and security drawn from the United Nations Treaty Series (UNTS), which is by far the most popular place to register international agreements. She was struck by the fact that not a single agreement in her sample was composed solely of Islamic states. Within the sample, Egypt participated in the most agreements (25 agreements) while Oman had the lowest participation rate (seven agreements).  With the exception of Malaysia, every other state in the sample participated in at least as many (usually more) human rights agreements than agreements in any of the other three issue areas.  Within the sample, Lebanon participated more than any other Islamic state in environmental agreements at a quite low number of five.

Even more striking, participation in multilateral agreements seemed to far outweigh participation in bilateral agreements, even though bilateral cooperation is more prevalent worldwide when looking at the entire UNTS population. This is also true when looking at the sample featured in Professor Koremenos’ Continent of International Law (COIL) research program.

Koremenos will use her fellowship this year to examine whether:

Answers to these questions will give a sense of the amount of “failed cooperation” in those states – that is, cooperation that is precluded because certain institutional design tools, that might be key to solving the cooperation problems facing states, are disallowed by Shari’a Law – and, to begin to suggest larger relationships that might impact key factors in the world of peace and conflict like economic growth.

Developed by Lauren Guggenheim in coordination with Janie Velencia.

This is a post in a series about student involvement in research projects in the Center for Political Studies (CPS). Here, we profile Janie Velencia, whose work on the Constituency-Level Elections Archive (CLEA) helped influence her career path in political research. 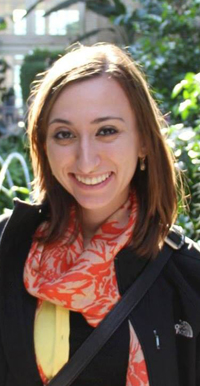 As an undergraduate student at the University of Michigan, Xhensila (Janie) Valencia was interested in participating in the University’s Undergraduate Student Research Opportunity Program (UROP). Through the program, she sought a research project that would allow her to build work experience. “I interviewed for several interesting projects, but CLEA fit best with my majors in political science and international studies and sounded the most promising in terms translating into work skills,” she says.  She could not have guessed at the time how helpful CLEA would be in that regard.

CLEA is a repository of detailed results from lower house elections from around the world. CLEA provides opportunities for students to be involved at all stages of the data collection process, providing valuable experience and training for them. Working on research projects can be an excellent way for students to explore whether they would like to further their career in research and academia. Many of CLEA’s alumni have gone on to attend graduate school and obtain research-oriented jobs.

Janie remembers her most interesting work with CLEA data: “I’m originally from Albania and immigrated to Michigan with my family at the age of 5, so when I saw that there was a data file on Albania, I immediately volunteered for it” she says.  Because she is fluent in Albanian, and is familiar with its political history, she found that file interesting and easier to work with than some of the others, specifically because she could recognize the names of parties in both English and Albanian without having to overcome some of the usual language barriers that sometimes arise when working with the data.

She also found that focusing on the data from specific countries allowed her to learn interesting things about the political history and mood of a country. In particular, Poland stood out to her because they went from having few parties after the fall of communism to many parties, including the Beer Lover’s Party, whose platform was to promote cultural beer drinking in the country.

Janie credits her work with CLEA for helping her land an internship in the U.S. Senate, and later a job at a company called Congressional Quarterly / Roll Call, a subsidiary of the Economist Group that provides congressional research and reporting to subscribers. She was told that it was specifically her work with CLEA that made her uniquely qualified for the researcher position right out of college. She had been working there for about a year and a half when an opportunity arose for a new position that would allow her not only to work with data, but also to broaden her experiences to interpret the data and write about her results.

Currently, she works at Huffington Post as an editor for a team called HuffPost Pollster where she participates in tracking and aggregating political polls in the U.S., including all the races leading to the 2016 election. She writes articles based on poll results and contributes to a weekly polling newsletter. She believes her CLEA training also helped her attain this job.

Janie sees many parallels between her current position and her work with CLEA. “I think it’s vital to provide free accessible information about elections and public opinion for both research purposes and the public good.” She has allowed the notion to carry her into her current job. “Being able to contribute in a way that makes information accessible to the public, is what I do now, and it is also one of the great things about CLEA,” she added. Being cited by news outlets for her research is both exciting for her and satisfying because it means that the public is directly benefiting from data she helped collect and analyze.

Power and the Vote: Elections and Electricity in the Developing World

Post developed by Yioryos Nardis in coordination with Brian Min.

Across the developing world, debate persists on whether democracy benefits the poor and how governments decide who gets access to public goods like electricity, water, and education. However, answers are limited because we lack reliable data on what states actually do in many of the world’s poorest areas where data are unavailable or of unknown quality. 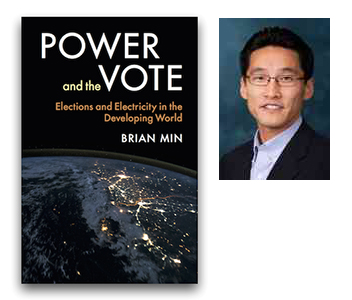 Power and the Vote: Elections and Electricity in the Developing World, a new book by Center for Political Studies Faculty Associate and Assistant Professor of Political Science Brian Min, overcomes fundamental data challenges by leveraging new satellite imagery that provides objective and consistent evidence on access to electricity, even in villages in the most remote parts of the world. New data and tests measure and observe state actions in the developing world where traditional data collection strategies are inadequate. Using satellite images of nighttime lights and other high-resolution geo-coded data across the world and over time, the book analyzes how political institutions affect the delivery of electricity to the poor.

The first book to use satellite data to study public goods and development, it offers an evaluation of how governments treat their citizens. The book builds on Min’s past work on the measurement of rural electrification in Senegal and Mali and electricity and electoral competition in India to provide a new political theory of public goods provision. Min argues that public goods are valuable to democratic leaders not only because they reach many voters and are valued by the public, but also because of the political externalities they generate for electorally minded politicians. Min’s research shows that the provision of seemingly universal public goods is intricately shaped by electoral priorities. Combining cross-national evidence with detailed sub-national analysis and village-level data from India, the book suggests that the targeting of electricity provision peaks during election periods when voter attention is highest and where the political opportunity and capacity for change is highest.

Power and the Vote points to the influence of electoral incentives in shaping the distribution of public goods, and challenges the view that democracy is a luxury of the rich with little relevance to the world’s poor. Policymakers and international development practitioners will appreciate the focus on the energy challenge facing the world’s poor, and insights on how politics shapes the delivery of even technical services like electricity.