Post developed by Katie Brown in coordination with Muzammil Hussain 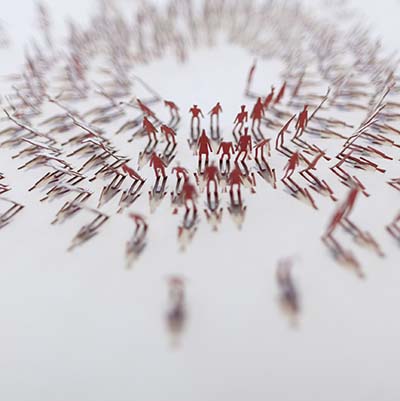 In recent weeks, massive protests have swept through Venezuela and Ukraine. Instagram and Twitter have been featured as playing a key role in the latter. Digital activism is increasingly attributes to helping spark rapid waves of mobilization across several recent international cases.

Center for Political Studies (CPS) faculty associate and assistant professor of communication Muzammil Hussain studies the role of technology in protest. With Philip N. Howard of the University of Washington, Hussain published an article weighing the roles of Internet infrastructure and mobile telephony in the Arab Spring mobilizations.

Though in a different area of the world, understanding the role of communication systems, the political uses of digital media, and the politicization of internet infrastructure in the Arab Spring can help shed light on the current wave of democratization. Hussain argues that information technologies do not cause political change, but they have become a consistent tool and space to afford and act out political contentions.

To understand the relative success of the Arab Spring across different countries in the Middle East and North Africa, the authors look at a variety of contextual factors, including income, wealth distribution, unemployment, demographics, digital connectivity, censorship, and economic dependence on fuel. In the article, they examine the impact of these factors on regime fragility and social movement success. Interestingly, they argue that the inciting incidents in each country were digitally mediated. The describe how digital communication sets off a six-stage process of political mobilization experienced in both successful and failed attempts for regime change.

The authors conclude that “information infrastructure – especially mobile phone use – consistently appears as one of the key ingredients in parsimonious models for the conjoined combinations of causes behind regime fragility and social movement success.” That is, digital communication networks, especially mobile phones, drive political upheaval. In addition to offering insight into the Arab Spring experiences, this may also help explain the recent successful ousting of Ukraine’s president.