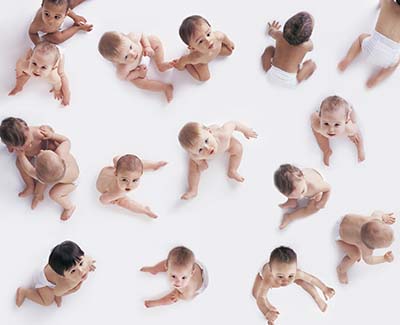 Around the globe, the average maternity leave is 118 days, but with a lot of variation. Maternity leave periods range from 45 days in Bahrain and the United Arab Emirates to 480 days in Sweden. Why the difference? And, moreover, does the variation relate to gender discrimination?

Assistant Professor of Economics and Center for Political Studies (CPS) faculty associate Ugo Troiano, along with Yehonatan Givati of The Hebrew University of Jerusalem Law School, investigated these questions and published their results in an article in The Journal of Law and Economics.

Their core theory is simple: maternity leave is costly to employers, so when the government mandates long periods of maternity leave, women may be discriminated against and receive lower wages as a result. However, places with a low tolerance for pay gaps won’t let that happen, and the incidence of this policy ends up being shared across genders. As a consequence, it becomes more economically “optimal” to enact longer mandatory maternity leaves in societies that are not discriminatory toward women. This theory is consistent with the empirical evidence.

The authors show that maternity leave is indeed shorter in societies where survey respondents think that men should receive preferential treatment in the workplace. The authors measure this attitude through a World Values Study question that asks level of agreement with, “When jobs are scarce, men should have more right to a job than women.” Aggregated to the national level and combined with data on the length of maternity leaves, they find the two are related.

However, that evidence alone does not allow us to conclude that culture is causing a longer leave, because it’s possible that causation goes in the opposite direction: a longer leave is causing more tolerant attitudes toward women. In order to alleviate this concern, Givati and Troiano looked at a proxy from attitudes less likely to change because of maternity leave: language. Specifically, they developed a measure from recent research in psychology and linguistics known as linguistic relativity suggesting that language shapes thought. Following from this, they analyzed the number of gender-differentiated pronouns across languages to see if this corresponded to tolerance of gender discrimination. For example, English uses one gender-differentiated pronoun associated with gender and the number of people referenced, while Spanish uses three (see the table below). In all, Troiano and Givati tallied the number of gender-differentiated pronouns in 33 languages using grammar books, and they looked to see whether the number of pronouns was negatively correlated with gender tolerant attitudes.

Troiano concludes, “This project is an example of how concepts from different social sciences can be used to answer specific policy questions. To understand the factors that affect the variation of maternity leave across countries we integrated economic concepts (incidence of a policy), sociological ones (measuring attitudes from survey) and linguistic ones.”