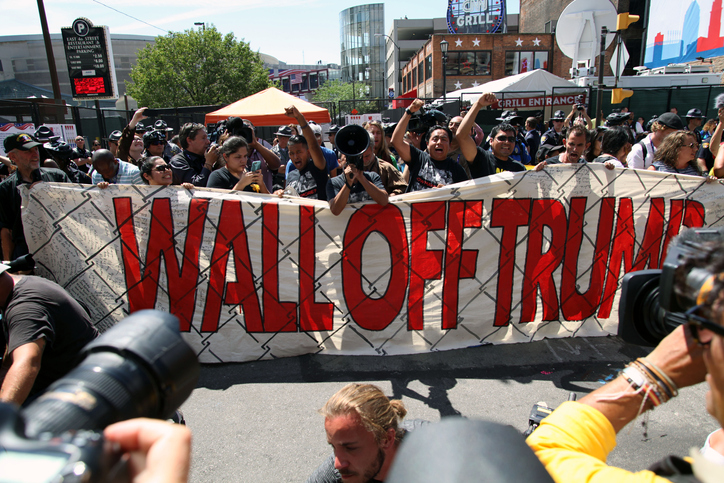 Post developed by Francy Luna Diaz and Tevah Platt, based on the work Luna Diaz presented at the 2022 Annual Meeting of the American Political Science Association (APSA), “Latinos for Trump in 2020: A Story of Heterogeneous Information Environments and Social Media.”

Latinos continue to surprise with their sustained and increased support for former President Trump. After numerous episodes during his campaign for president and time in office espousing what was seen as anti-Latino and anti-immigrant rhetoric and policies, it is puzzling to many that almost one in three Latinos voted for him during the 2020 presidential election. 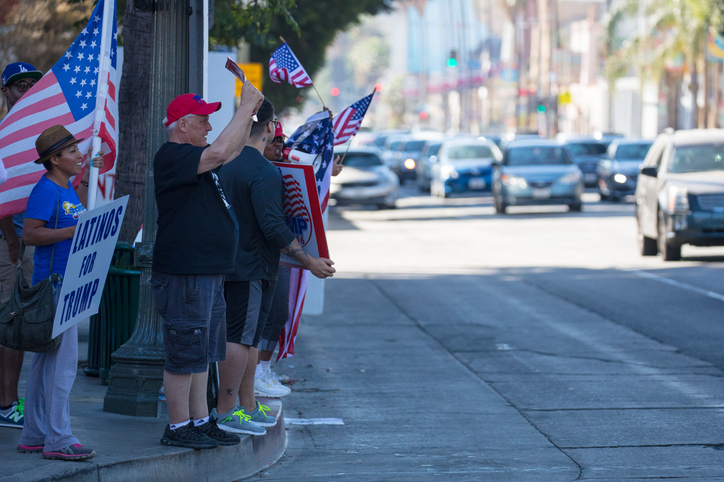 What is his appeal to many Latinos?  Scholars have found that many Latinos agree with his policies, and more Latinos say they are Republicans than before. Political science PhD student Francy Luna Diaz, however, wants to probe deeper.  She analyzes why some Latinos are attracted to Trump and others are not.  She proposes that Latinos’ information environments are crucial to understanding the wide-ranging variance of the groups’ political attitudes.

Additionally, Latinos often maintain ties to Latin America and are exposed to political information about and emerging from Latin America.

These factors combined—higher use of social media and more diverse information networks—increased Latinos’ vulnerability to disinformation and misinformation in 2020 and may have influenced some Latinos to distance themselves from the Democratic party. 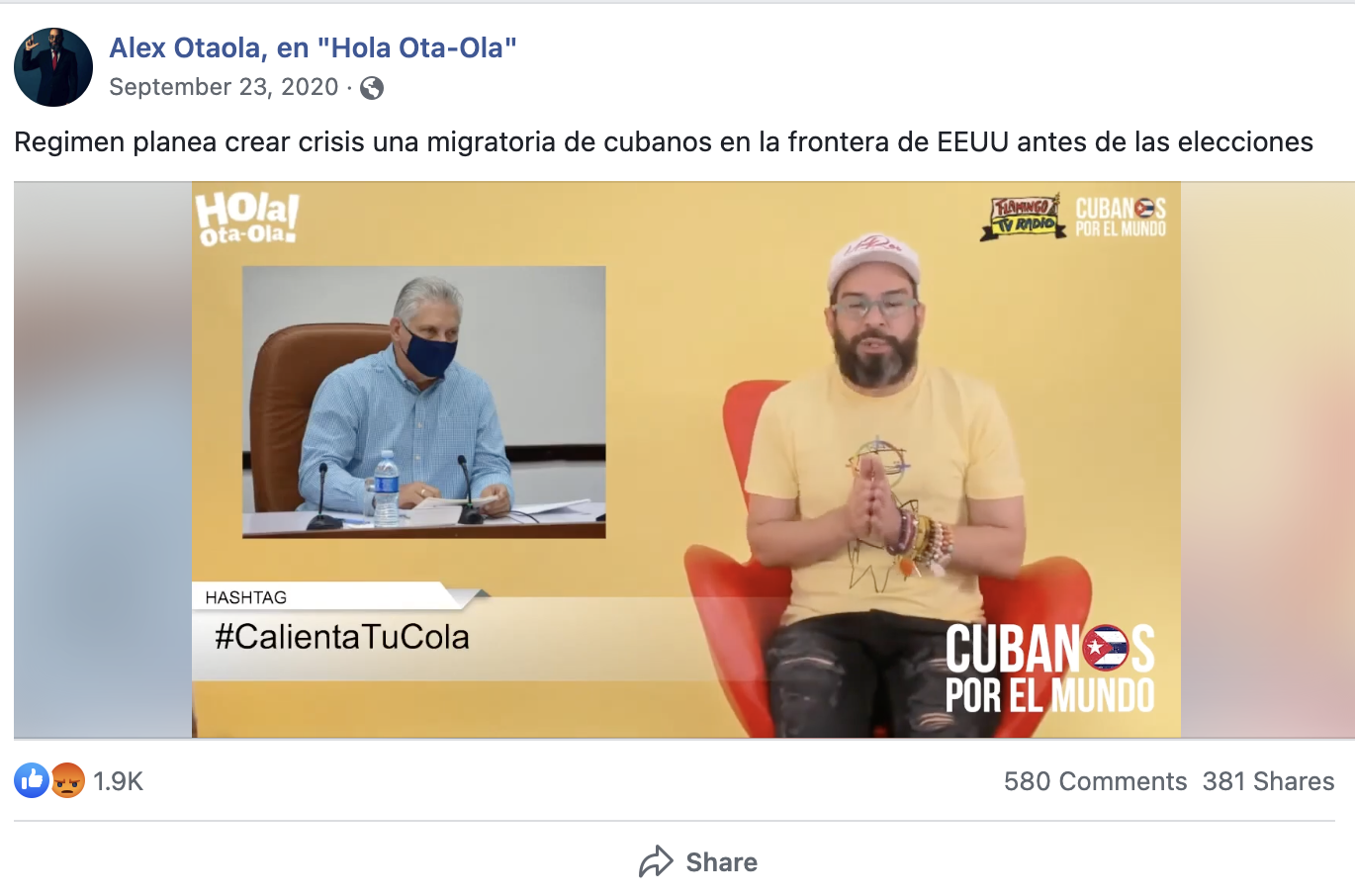 An example of social media misinformation: Cuban-American influencer Alex Otoala falsely claimed Democrats were going to send a caravan of Cuban immigrants to the US border to disrupt the election.

Luna Diaz analyzed ANES data from 2020 and 2016 to explore whether traditionally recognized factors such as party identification, age, education, income, trust, generation in the U.S., language, and place of birth, among others, correlated with respondents’ decision to vote for Trump. She found that in 2020, Latinos who used Facebook more frequently were significantly more likely to vote for Trump, while the same pattern was not present for non-Latinos.

Luna Diaz also looked at answers to open-ended questions in ANES, summarized in the Table below, and found that while Latinos offered similar considerations when discussing why they like each candidate or party, differences emerged when they discussed why they disliked the Democratic candidate and the Democratic party in 2020. Interestingly, the reasons offered may point to (sometimes false or misleading) news spreading online claiming that the Democratic party is leading the U.S. towards socialism and President Biden behaves inappropriately with children. 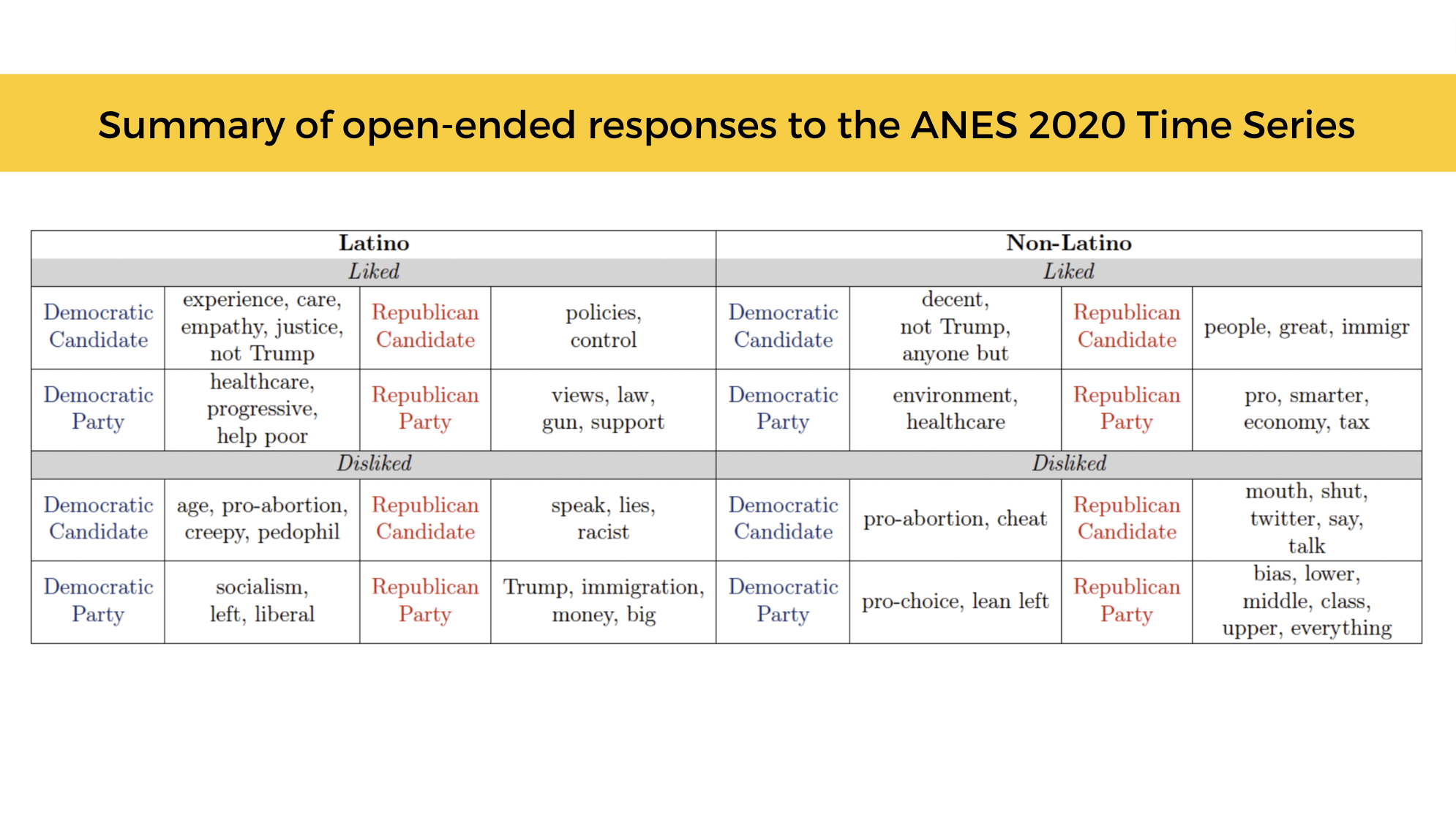 Understanding Latinos’ political behavior is crucial to evaluating the present and future of American electoral politics.  Latinos’ share of the population is steadily increasing along with their political influence in close elections. On a larger scale, it is important to uncover whether the spread of potential disinformation via social media impacts the political participation of different groups. Understanding the effect of online disinformation and misinformation will only increase in importance as democracy remains under threat in the United States.