Post developed by Katie Brown in coordination with Maris Vinovskis.

This is the first post in a series that explores how Center for Political Studies (CPS) researchers came to their work. And our first profile tells the fascinating path of CPS researcher, Professor of Public Policy, and Bentley Professor of History Maris Vinovskis. 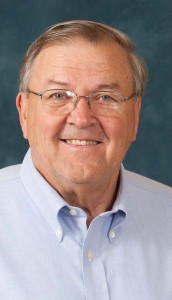 Born in war torn Latvia in 1943, Vinovskis and his family were forced out by the impending Soviet invasion. Destined for Dresden, the bombings rerouted them to former Czechoslovakia. Unsafe there, too, the family made it to an American zone in Munich, where they spent 5 years in a camp of mostly Latvians displaced by the war. The Vinovskis family then moved to the United States, settling in rural Blair, Nebraska. Vinovskis started first grade with his sister. Knowing no English, “We sat through most of the classes without any idea of what was being discussed.” By second grade, Vinovskis understood the language and excelled, with the help of dedicated teachers. In 1957, his father, a lawyer back in Europe, took a job as a meatpacker and moved the family to Omaha. Vinovskis shares, “The continued economic challenges facing our family aroused my early interest in public policy, especially on how to help low-income families.”

Excellence in academics and athletics led to his admission to Wesleyan University with a National Merit Scholarship. Vinovskis ultimately pursued a degree in History, with an interest in Public Policy but no clear career direction. In 1965, he hitchhiked to Alabama to participate in the March on Selma, but was arrested en route in Montgomery at a peaceful NAACP demonstration. After a week of hunger striking in jail, he was bailed out. Vinovskis views this event as seminal, focusing his ambition on fostering social justice and helping the disadvantaged.

Vinovskis moved on to complete a Ph.D. in History at Harvard University. He and his wife Mary chose to forgo upscale Cambridge living in favor of working class Somerville, where he joined the NAACP and the Somerville Racial Understanding Committee, and started working for the newly elected mayor – his first official government position. In writing his dissertation on the late eighteenth-century and antebellum decrease in Massachusetts birth rates, Vinovskis encountered the issue of education. He uncovered a significant decline in preschool enrolment between 1840 and 1860, corresponding to a popularized belief that early cognitive stimulation led to insanity!

After a faculty position at the University of Wisconsin Madison, Vinovskis joined the History Department and Institute for Social Research at the University of Michigan. Here, he has pursued research in education history, demographic and family history, antebellum insane asylums, and federal abortion funding. He has also served as the Deputy Staff Director to the U.S. House Select Committee on Population in 1978 and was a consultant on population and adolescent pregnancy issues in the U.S. Department of Health, Education, and Welfare in the early 1980s. He worked in the U.S. Department of Education in both the George H.W. Bush and Bill Clinton administrations on questions of educational research and policy. He also testified before six House and Senate committees about education and served on independent review panels for Goals 2000 and No Child Left Behind.

As Vinovskis says, “Education always played a very important role in my life.” The very education that propelled him from an immigrant life in rural Nebraska to elite student status became the focus of his academic research and government service.