The State of the 2020 Presidential Campaign

Michael Traugott began by noting that this is a very interesting and unusual election. When Donald Trump ran for President in 2016, he had no prior experience in governing, and he ran explicitly as an outsider. “He is typically focused on his base,” said Traugott. “Unlike any other first-term president, who takes office and thinks about how to enlarge his coalitions.” In the 2020 presidential election, Trump is now an incumbent with a record to defend. His campaign strategy before the COVID-19 pandemic was to run on a strong economy, and to turn out his base. However, the onset of the COVID-19 pandemic has altered the course of the campaign dramatically. 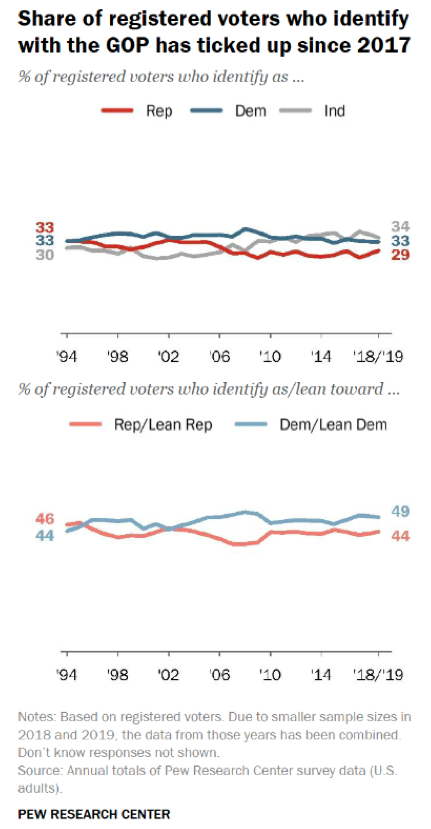 Division of partisanship in the constituency

Traugott emphasized that it is important to recognize that there are more Democrats in the adult population in the U.S. than there are Republicans. Data from the Pew Research Center show that there are about as many independents as Democrats, both of these groups outnumber the Republicans.

Furthermore, there are substantial racial and ethnic differences in party support. Among whites, the Republicans are the favored party. Among Blacks, Democrats outnumber Republicans by eight to one. Among Hispanics, Democrats outnumber Republicans by a little more than two to one, and among Asian Americans, about five to one. The demographics of the U.S. are shifting, and whites are expected to be a minority in the population by the mid-2040s. Traugott points out that there is a significant question about what it means to be a Republican or a Democrat in today’s society and how that is likely to change across the next 20-25 years. 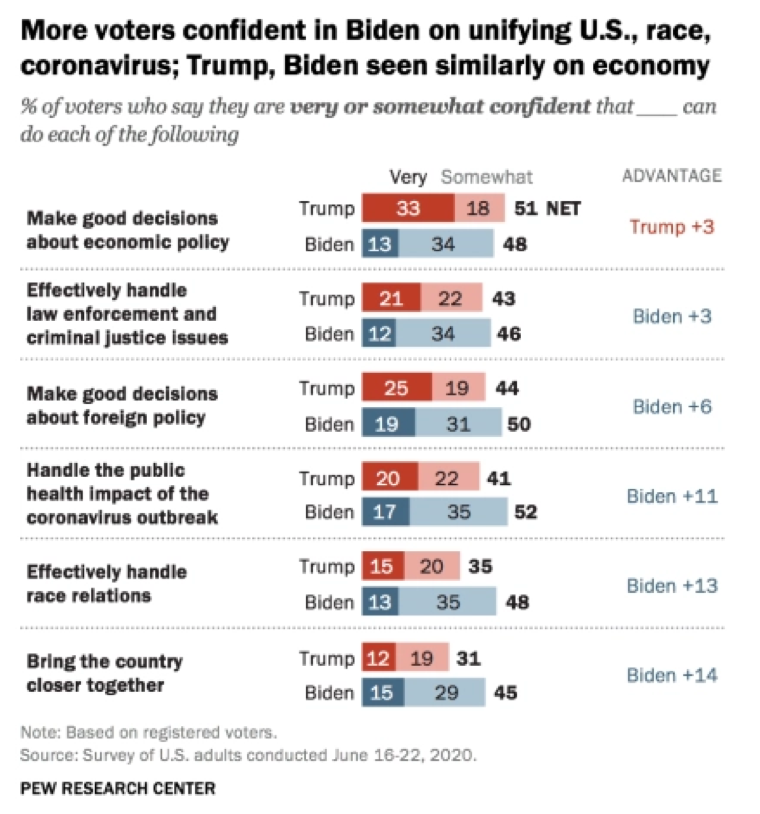 Traugott presented the results of a survey that asked respondents about their confidence that either Biden or Trump would make good decisions in various policy areas. Respondents rated the candidates evenly on making good decisions about economic policy. Across a series of social issues, including law enforcement and criminal justice, nominees for the Supreme Court, and foreign policy, Biden has a growing advantage.

Taking a national view of the polls, Biden currently has a 10.6 percentage point lead over Trump according to FiveThirtyEight. However, Traugott points out that in two of the last five U.S. presidential elections, the candidate receiving the most votes did not win the election because of the electoral college. Traugott instead encouraged the audience to pay attention to who is leading in the battleground states. He noted that Biden has an advantage in seven of these states, whereas Trump has an advantage in Texas, and Georgia is currently too close to call.

The Democrats are emphasizing turnout voting in large numbers, whereas the Trump administration has been sowing doubt about the integrity of the electoral system. Traugott presented data collected by YouGov for Yahoo News, which show the partisan differences in attitudes about whether the election will be rigged or not. Republicans are much more likely to believe that there will be problems with vote counting and irregularities. Democrats are more likely to believe election security experts who say the U.S. presidential election cannot be rigged. Traugott concluded by saying “I think the most disheartening part of this is when the respondents were asked do you think this year’s presidential election will be free and fair, only about a quarter of the respondents said yes.” 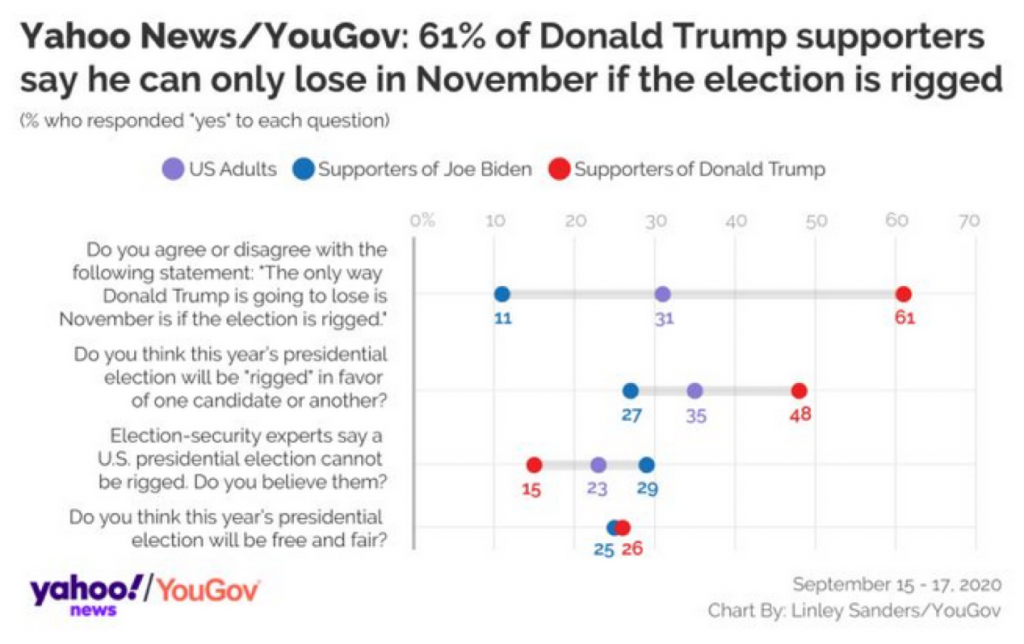