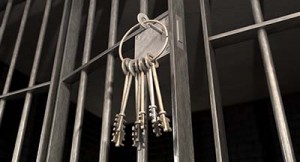 400,000 youth are placed out of home in residential treatment institutions in the United States because they were abused or neglected their family. Just 2% of these youth placed out of home in institutions will run away each year, compared to the annual runaway rate of of 6-8% for American youth overall. But the ramifications for the institutionalized runaway youth are grave, including homelessness, poverty, substance abuse, exploitation, and crime.

Center for Political Studies (CPS), School of Social Work, and Women’s Studies Professor Emerita Rosemary Sarri studies the impact of social policy on children. A forthcoming paper with her colleagues Joseph P. Ryan and Elizabeth Stoffregen, who are also of the Institute for Social Research (ISR), considers the serious risks for these youth running away from the child welfare system. The article asks: Does running away from these institutional placements pose an increased risk of future involvement with the juvenile and/or adult justice systems?

Focusing on Wayne County, Michigan, home of the city of Detroit, the study includes 371 children aged twelve or older from the child welfare system that ran away at least once in 2003, matched against similar children in the system that did not run away. The data trace involvement of the youth from the two groups in the justice system over eight years.

Given these staggering results, what can be done? Most of the youth are neglected, often with deep issues relating to substance abuse, mental health, homelessness, and crime. As such, Sarri calls for a positive, restorative approach that sets goals and offers resources to help youth achieve them. The Annie E. Casey Foundation and the Center for Juvenile Justice Reform have developed an inter-agency collaborative proposal to provide more effective treatment for these “crossover” youth who are at high risk when they drift to the justice system.